Born in 1995, Quentin Mourier has been playing the piano since the age of twelve. He first studied at the conservatory of Romans-sur-Isère (France), then joined the piano class of Mikaïl Faerman at the royal conservatory of Brussels. At the same time, he studied orchestra conducting with Daniel Gazon; he graduated in both disciplines in 2017. He followed masterclasses with pianists André Gorog, Anne Queffélec, and conductors Konrad Von Abel, Jörg Birhance, and Jordi Mora.

Quentin performed as a soloist and accompanist in festivals in France, Belgium, Switzerland and Armenia. Together with Belgian pianist Michel De Bock, he created the concert cycle Les Concertations, performing and accompanying more than thirty piano concertos over a period of two years. He coached several opera productions, including a short version of Faust, Carmen and the premiere of Steels’ Fausto at la Monnaie. As a conductor, Quentin premiered Tsilogiannis’ Verlaine au secret with the ensemble Musiques Nouvelles.

Since 2021, Quentin is a student at the International Opera Academy. 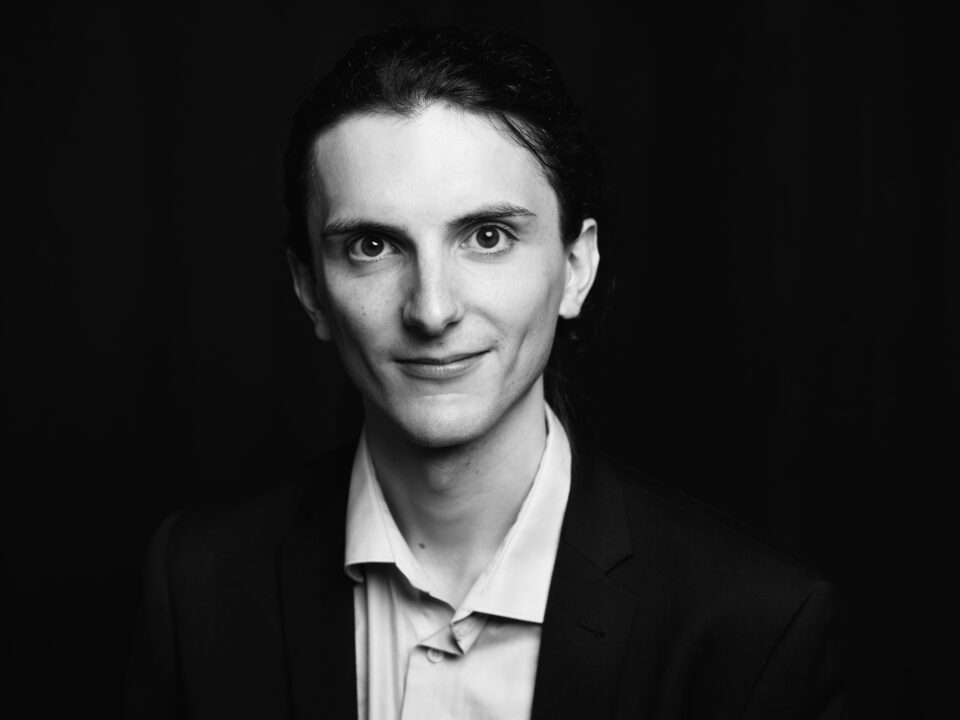