With The Mystic Lamb, the first name of the platform founded in 1987 to promote classically trained musicians next to visual artists, Pascale Montauban makes her first steps in cultural management. Being trained as a singer, actress and visual artist herself, the platform became in 1989 fully-fledged management agency under her proper name. International breakthrough in 1991 when the agency acquires a satellite in Salzburg as a partner of the Salzburger Schloßkonzerte, a legendary institution that made a name for itself with its ‘international young talent stage’ next to multiple concerts series at Schloss Mirabell, Mozarteum and Salzburg Residenz, with members of the Berlin and Vienna Philharmonic Orchestras and many others.

Mrs Montauban co-founded the ‘Brüssel-Salzburg-Festival’ which alternated between Brussels and Salzburg from 1991 to 1995 (i.e. until Austria joined the E.U.). Equally noteworthy was the Festival coproduced with the Stiftung Mozarteum Argentina in Brazil, to finish in style the Mozart Year 1991.

Upon her return in Belgium in 2015 Ms Montauban was offered a merger between her agency and the Concert Agency Gaston Ariën, managed at the time by her Lied coach  baritone Albrecht Klora. Founded in 1928 by Gaston Ariën, the agency was the first to reinvite the Berliner Philharmoniker to Belgium and stood at the cradle of the renowned Royal Philharmonic Orchestra of Flanders, today Antwerp Symphony Orchestra.

In 2028 the Ariën Agency will celebrate its 100th Anniversary. Today’s activities include career coaching and worldwide promotion of Belgian and foreign artists with a focus on conductors, opera directors, classically trained opera and concert singers, next to various chamber music ensembles,s solo instrumentalists and orchestras.

Since 2007 Mrs Montauban is a regular guest lecturer at the conservatoires of Ghent and Antwerp, where she gives audition training. Occasionally she enlarges this activity to opera studios.

At home she served as a jury member at the 1st edition of the International Competition for Opera Conductors by the Polycarpe Foundation & Royal Opera House of Wallonie 2017), next to the competitions of Verviers, Namur (CIALN) and  Brussels (Triomphe de l’Art).

Abroad, repeatedly at the International Singing competitions of Pienza, Filignano (Mario Lanza), next to Pamplona and Cologne (MHKöln). Due to the covid-19 protective measures she had to decline the invitation by the International Virgilijus Noreika Competition for Singers in Lithuania (2020).

Mrs Montauban is the driving force behind Castellaria, the first multinational Children’s Opera Festival that will open Summer 2024 with the world première of Jungle Book- The Opera. 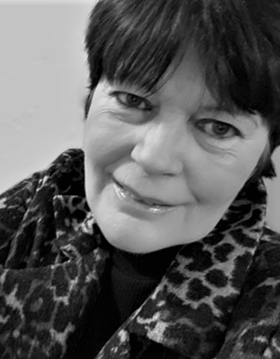